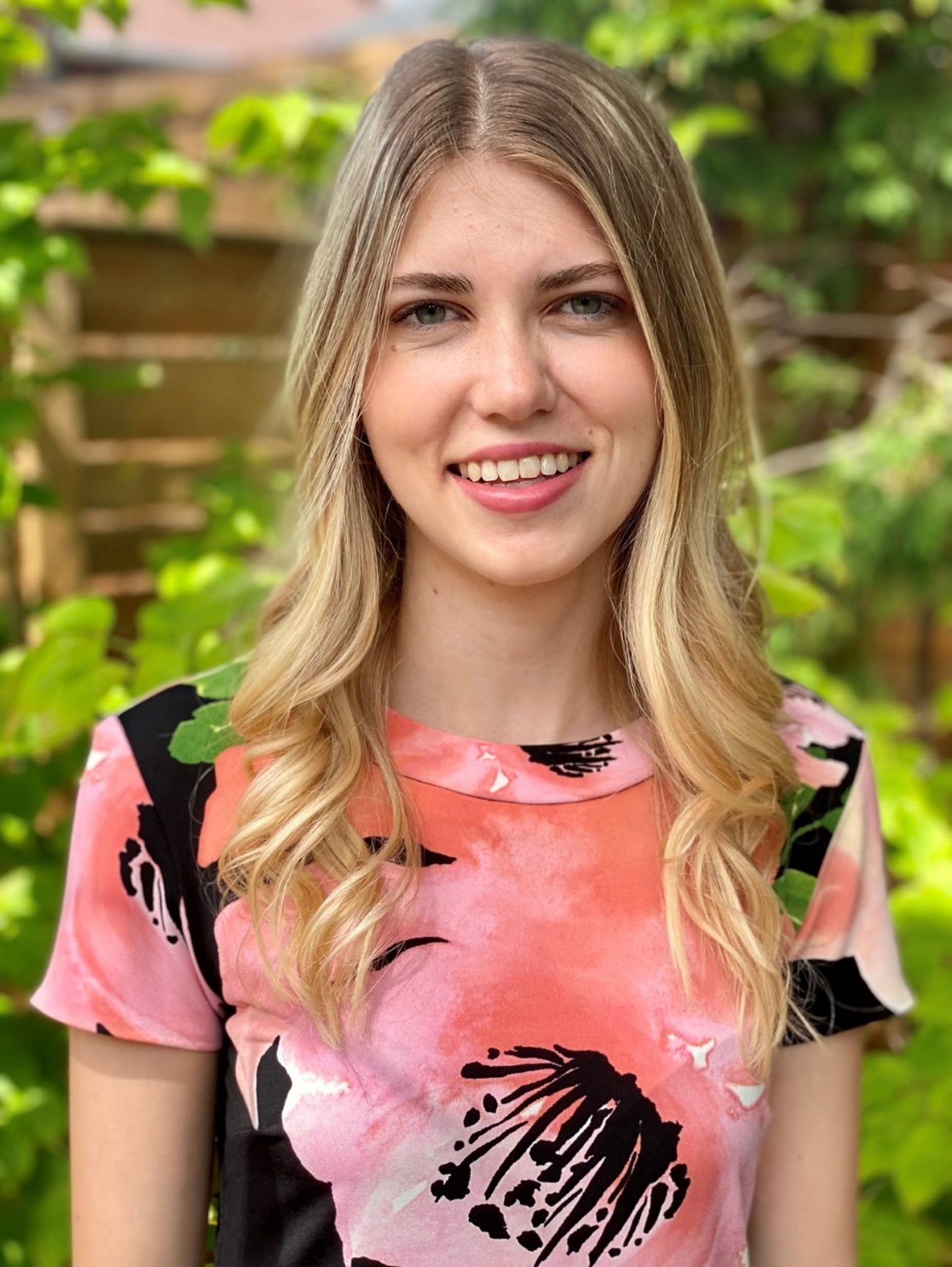 As part of Unite With Ukraine's UWU ongoing series, "Who Are Our Donors?," we profile  the dynamic Ms. Danya Pankiw.

Danya, is a young leader in the Ukrainian Canadian community who has just completed her undergraduate studies and is moving into the career world.

On her way, Danya had time to organize a "move-a-thon" fundraiser that benefitted both UWU and other young Ukrainian Canadians. Here, Danya explains to the UWU team how she did this.

Can you please tell us a bit more about yourself - how are you involved in the Ukrainian community?

Can you tell us more about what SUSK is - how did you get involved?

The Ukrainian Canadian Students’ Union is a national student organization which advocates concerns relevant to Ukrainian-Canadian students. SUSK serves as a national forum in which these concerns are discussed and acted upon. It is the coordination body for Ukrainian Student Organizations throughout Canada and represents more than 25 member organizations. SUSK is the largest Ukrainian student union outside of Ukraine. I became involved in SUSK in my third year of undergraduate studies and was elected as the Internal Relations Director. I worked to grow SUSK’s membership as well as strengthen ties to other Ukrainian organizations in the community. From there, I was elected President, now in my second term.

What was the "Sweat With SUSK" Move-A-Thon?

Throughout July and August 2022, SUSK hosted a month-long move-a-thon called, Sweat with SUSK. This was the second year SUSK hosted this event with the goal of getting members of the community active and focusing on their wellbeing, while fundraising for Ukraine. During the final week of Sweat with SUSK, participants engaged in a walkathon where they pledged donations for the amount of distance walked. The proceeds were donated to Unite with Ukraine.

What made you feel motivated to help raise funds for Ukraine - why did you choose to help Ukrainian World Congress?

Since February 24, 2022, SUSK has been dedicating all efforts to raise funds for Ukraine, advocate for its freedom, and implement support for Ukrainian university and college students in Canada. We saw the walkathon as an excellent way to engage our community members to come together and raise money for Ukraine. The Ukrainian World Congress is fundraising for Ukraine through its Unite with Ukraine campaign. We chose to fundraise for this initiative, as it provides resources on the ground for the brave individuals defending Ukraine. We wanted to support the hard work that the Ukrainian World Congress is doing in helping Ukraine in its fight for freedom.

As a young person what would you like to see for the future of Ukraine and its place in the global community?

Ukraine has made its mark in the global community as the strongest nation in the world by becoming a symbol of freedom and bravery. Through my advocacy work with SUSK, I have learned how large of an impact youth and students can have in raising awareness and in creating real change in our global communities. I would like to encourage everyone to continue to find ways in which they can put their unique strengths forward in helping Ukraine, and have their voices heard.

"Cоюз Українськoгo Студентства Канади" (CУСК), "Ukrainian Canadian Students' Union," or  "Union des Étudiants Ukrainiens Canadiens" is a non-profit coordinating body of Ukrainian Students’ Organizations (USOs) at post-secondary institutions across Canada. It was formed in December 1953 in Winnipeg, Manitoba. Though it fell inactive in 2001, SUSK was revived at the XXII Congress of Ukrainian Canadians held in Winnipeg, in October 2007.

As a member of the Ukrainian Canadian Congress (UCC), SUSK's mandate is to serve as a national forum through which concerns and issues relevant to Ukrainian Canadian students are discussed and acted upon. SUSK works to develop the leadership potential of all its members and encourages all students to explore, honour, and celebrate their Ukrainian identity.

Our goal is to present Ukraine with an "Army of Drones" – real support from Ukrainians worldwide. To participate, you need to make a donation to UWC's UniteWithUkraine campaign. With the collected funds, UWC will purchase drones selected by the Ministry of Defense of Ukraine. We will mark each drone for the specific contributing community or organization.