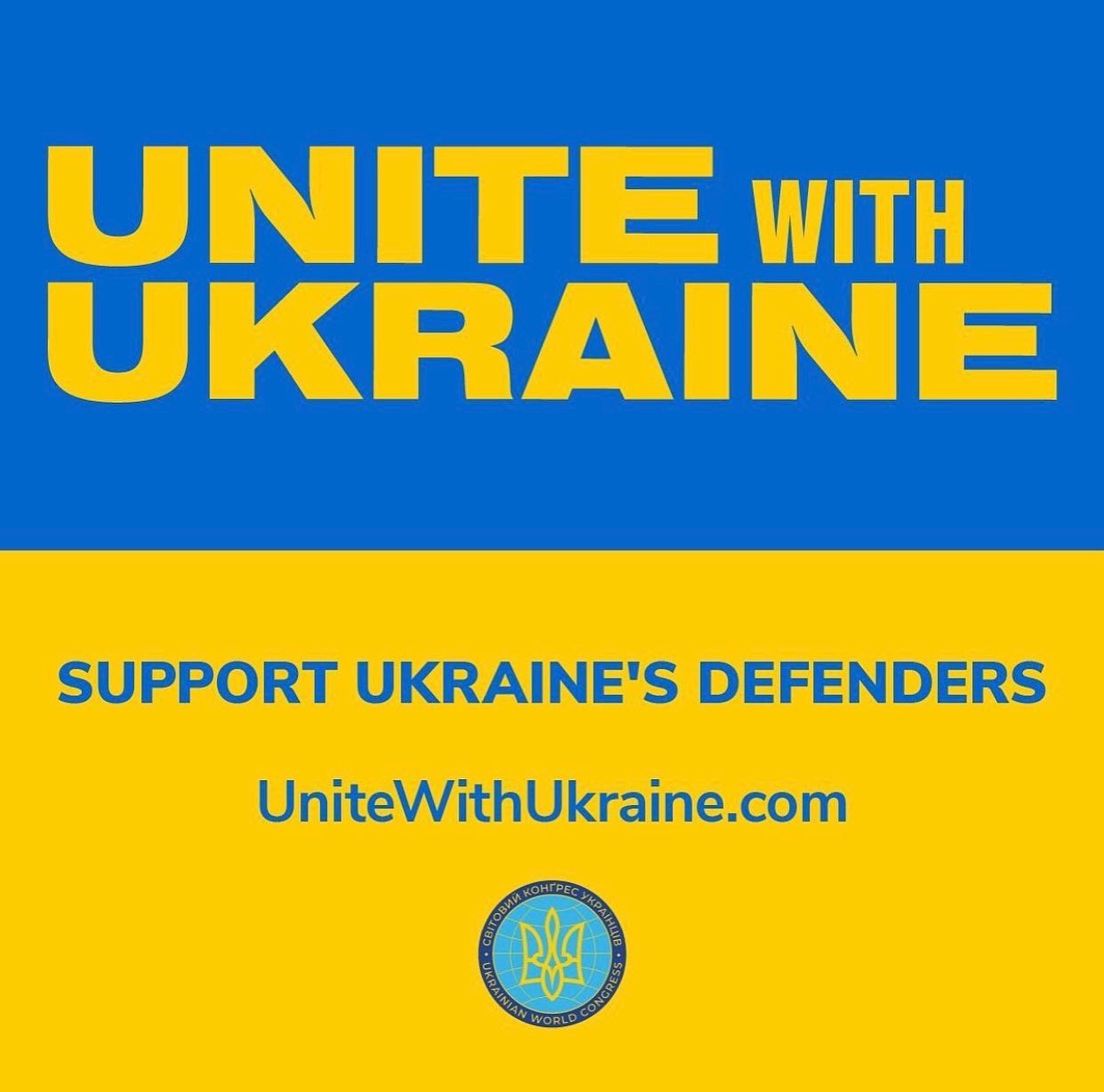 Unite with Ukraine is the first global initiative of Ukrainians around the world in support of our defenders.

On February 24.2022 the world changed forever. Every Ukrainian started fighting the occupiers in all possible ways. Ukrainians around the world took to the streets in New York, Chicago, London, Paris Toronto, and Berlin to call on the world to unite in support of Ukraine long before the outbreak of hostilities.

For 55 years, the Ukrainian World Congress has united over 20 million Ukrainians in more than 60 countries. We operate on an invisible diplomatic front to make it easier for Ukrainians to defend their interest at home.

Unite with Ukraine is the first global initiative of Ukrainians around the world in support of our defenders.

The initiative is gaining support in Toronto, Brussels, London, and Davos.

We raise funds, purchase and deliver protective and medical equipment to members of Ukraine's territorial defense.

And this is just a beginning! The next step is to rebuild what was destroyed.