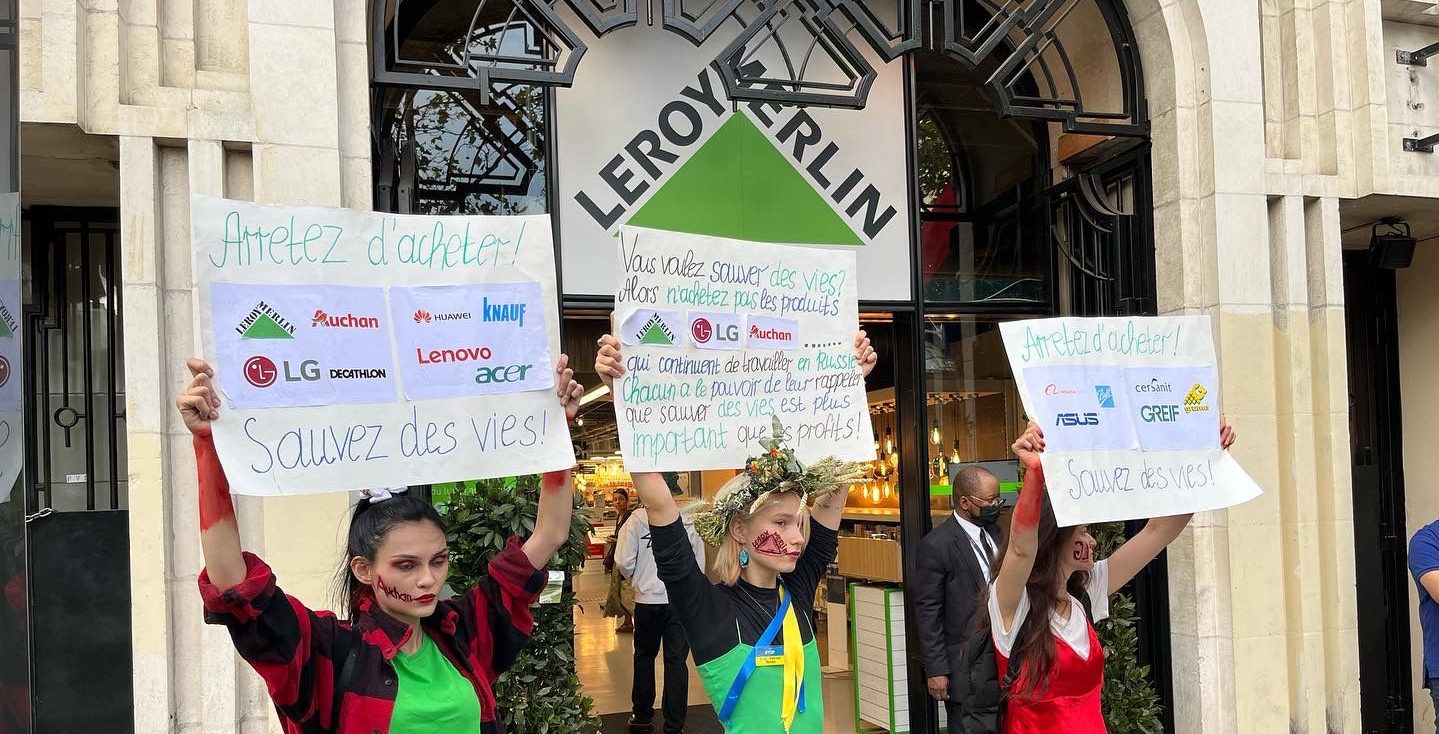 With the full-scale russian invasion into the Ukraine territory on February 24, 2022, many international companies, such as British Petroleum, Shell, Deutsche Telekom, and IKEA completely withdrew their operations from the russian market. The retreat from a formerly rather lucrative market stands in solidarity with the worldwide call to isolate russia economically, to at least in part slow the funding for its barbaric incursion into Ukrainian sovereignty. 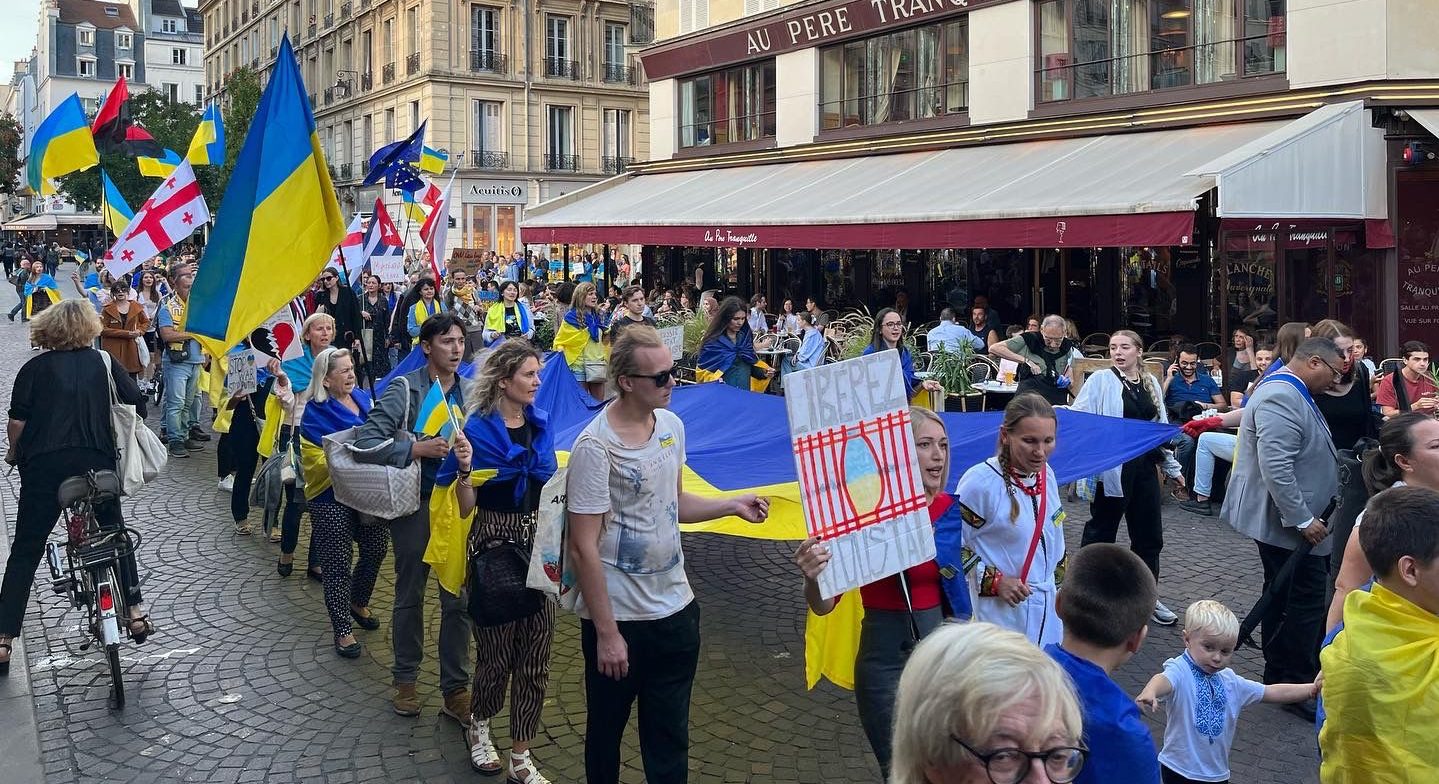 “Each dollar paid for Russian goods, or for a Russian service, is another investment into the atrocious Russian war machine, bringing destruction to Ukraine and sufferings to its people. We thank those businesses which have already cut ties with Russia and call on those which continue to trade with Russia to follow their example,” said Paul Grod, UWC President in the UWC Statement earlier.

Yet, some companies, including the French Auchan, Lacoste, Leroy Merlin, Bonduelle, Clarins, and many others, are still operating in the russian market, despite the push to exit russian operations from both the investing and the consumption sides.

The Ukrainian World Congress appeals to all Ukrainians and friends and supporters of Ukraine all over the world to boycott not only russian goods and services rendered by russian-owned companies, but also the operation of other companies in russia itself. A list of companies still operating in Russia can be found on the website of the Yale School of Management’s Chief Executive Leadership Institute, which has been compiling a running list of world companies based on the degree of their retreat from the Russian market. The grading system includes ranking the companies on a five-point scale (withdrew, suspension, scaling back, buying time, digging in). 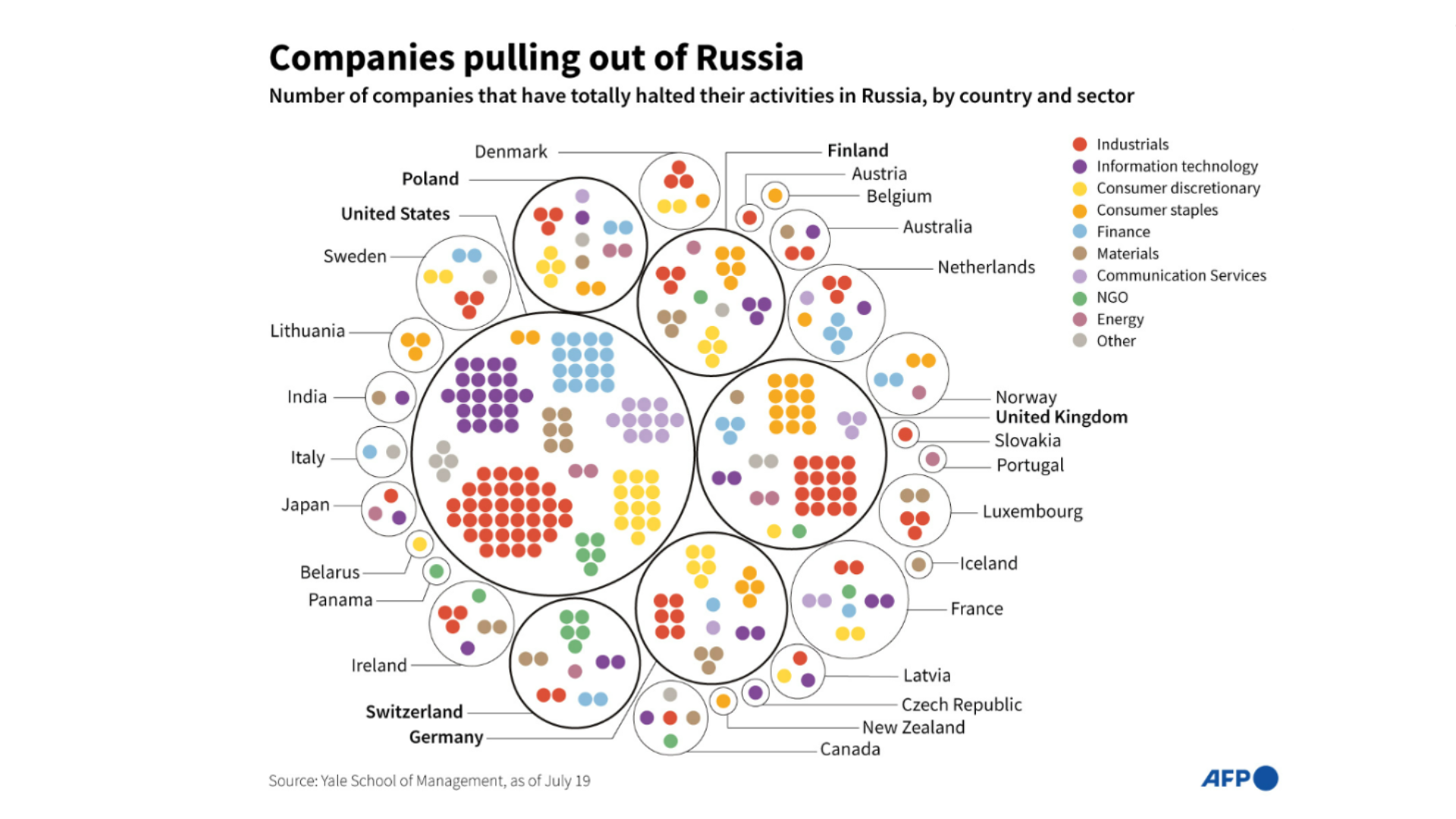 Today, L’Union des Ukrainiens de France serves as a prominent driving force for promotion of support for Ukraine among the French diaspora. The Union of Ukrainians in France has been organizing various rallies, boycotts, and protests to advocate for Ukraine during the onerous times of unprovoked and savage russian incursion. The events of the Union of Ukrainians in France have been instrumental in uniting the French Ukrainian diaspora to promote for all things Ukraine, such as arming it with stronger weapons, impeding the invasion with tougher economic sanctions against russia, recognizing russia as a terrorist state, and so on. “The Union of Ukrainians of France was founded in 1949 by Ukrainians liberated from Nazi extermination camps and forced labor camps in Germany and Austria. Among the latter were young men and girls who, despite their young age, had been rounded up in Ukraine to serve as slaves in the industry or agriculture of the Third Reich…Originally, the goal of the Union of Ukrainians in France was to safeguard Ukrainian culture and develop a spirit of solidarity, without neglecting the education of youth. The association organized social services, documentation and information”  (L’Union des Ukrainiens de France). Its latest event, the march against the genocidal war in Ukraine, just took place on September 14, 2022.