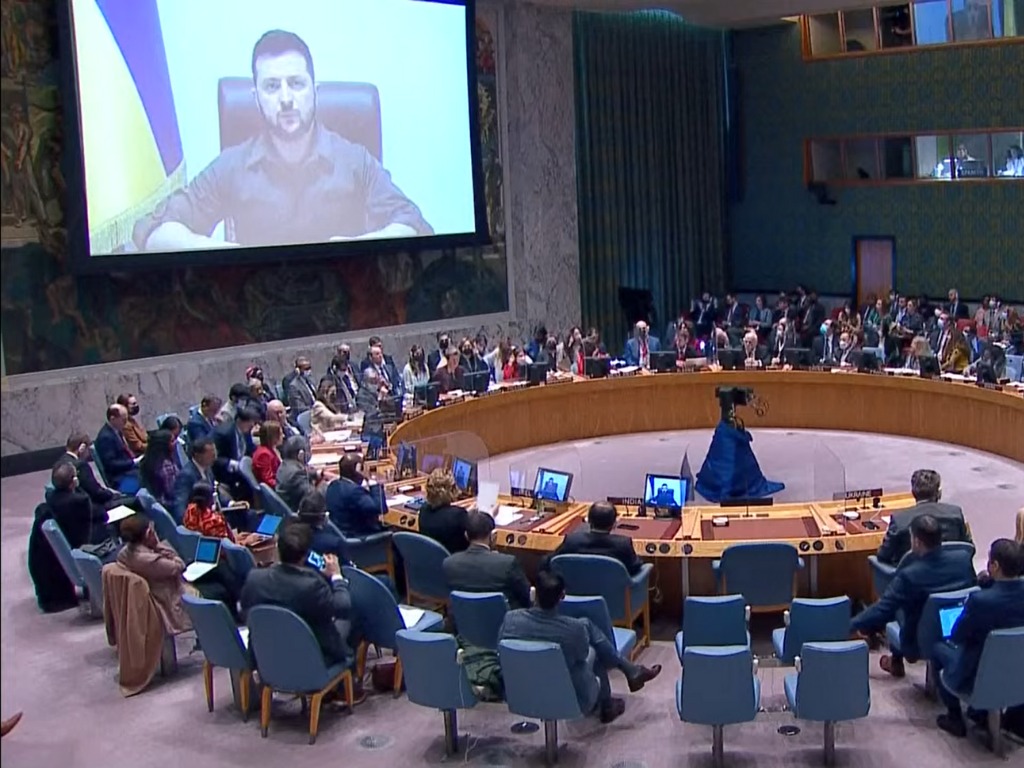 TORONTO – The Ukrainian World Congress (UWC) calls on the UN to immediately expel the Russian Federation from the UN Security Council. This comes following President Zelenskyy’s explicit request to the Security Council as he addressed them just two days after the horrific images and stories of the brutality carried out by Russian forces against Ukrainians in Bucha were published.

“Allowing Russia a platform from which they can tell their lies to justify their criminal aggression against Ukrainians is a silent complicity in their actions. As President Zelenksyy said, if the UN does not remove Russia from the Security council, it is effectively giving Russia the right to vote for the death of Ukrainians”, said Paul Grod, UWC President. “The only option now is to either remove Russian from the Security council or the council should be dissolved” he continued.

The UWC also believes that Russia must be declared a terrorist state and expelled from all international institutions, including the UN Human Rights Council, G20, INTERPOL, among others. Russia’s notorious disinformation campaigns must be stopped by banning all Russian and Belarussian state-sponsored media from all platforms, including social media. Any states, institutions, or businesses that directly or through their “neutrality” support Russia economically, militarily or politically must face similar censure.

We are also calling for much tougher sanctions to be imposed on Russia. Seizing a few yachts is not enough. Russia’s war machine must be financially suffocated. A total land, air, and sea blockade - a complete embargo on any trade with Putin’s regime – must be urgently imposed on Russia. For this to happen, Poland and the Baltic states must shut their borders with Russia and Belarus so as to stop any transport of goods and to stop all economic cooperation with Russia. Whilst we have seen that Poland is willing to do this, for the blockade to be successful it must be enacted by all EU countries and indeed the wider world.

Words of condemnation are no longer enough. Ukraine must be immediately provided with the military aircraft, tanks, and other sophisticated weaponry that it has been requesting for many weeks now in order stop Russian aggression.  If countries don’t have this material in their stocks, then they must procure these weapons which are often available from their own domestic manufacturers, such as sniper rifles. This is not an escalation of the conflict but rather the prevention of a genocide against the Ukrainian people and the destruction of Ukraine.

The time to act is now.