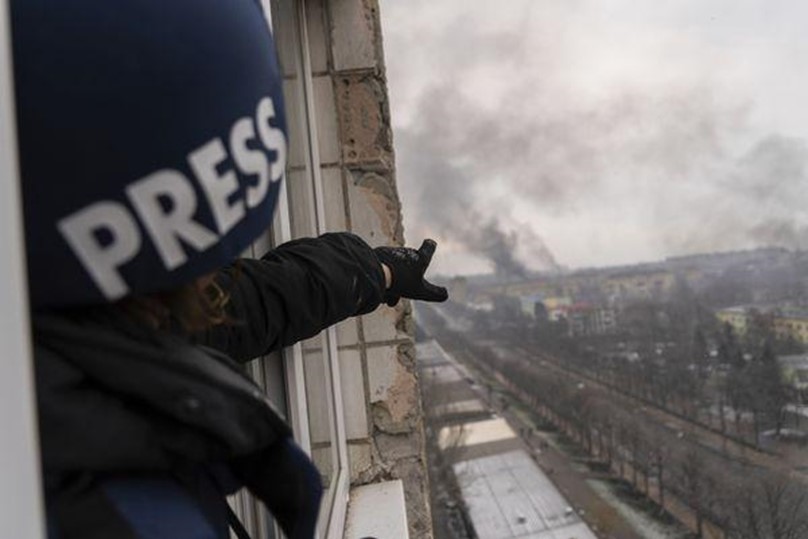 Christian Borys is the founder of Saint Javelin, a company that has donated more than $1-million from sales to Ukraine since the start of the war, and a former reporter based in Kyiv from 2014 to 2018.

In February, early in Vladimir Putin’s unprompted and illegal attack on Ukraine, Russian troops quickly advanced from the south and from the east until they were on the footsteps of the Ukrainian city of Mariupol.

As the Russian military began its siege of the now-infamous port city, there came a moment of reckoning for the foreign aid workers, journalists, photographers and others staying in hotels across the city: whether they should stay or leave.

Most left. But Evgeniy Maloletka and Mstyslav Chernov, both veteran Ukrainian journalists who have covered the war with the Associated Press for years, decided to stay, because they understood what the Russians were about to do to Mariupol. They decided that their job, no matter the personal risk, was to tell that story to the world.

Yet they stayed. And by staying – the only international journalists who remained in the city, over the course of their month there – they became the first journalists to shock the world with the true face of Russia.

With Russia’s relentless shelling knocking out power throughout the city, they used generators to power their phones and laptops so they could upload their work to Associated Press editors around the world, using whatever weak internet signal was left.

And that work was gruesome and heartbreaking. In late February, they started to send photos of lifeless Ukrainian children in Mariupol’s hospitals who’d been killed by Russian artillery and air strikes. The photos were almost impossible to look at, but Mr. Maloletka and Mr. Chernov bore witness at those hospitals, spending hours with those medical teams, watching countless children and civilians die so that the rest of the world could see what Russia was doing.

The psychological effect of what they saw and experienced is impossible for almost anyone to understand, but they did it day in and day out. They experienced danger themselves, too; Mr. Chernov said the Russians were hunting them down. "They had a list of names, including ours, and they were closing in," he wrote.

Over the course of the nearly three-month siege, Mariupol became the home of a humanitarian crisis with thousands of reported deaths. In May, the city fell under Russian control.

The two of them never fired a bullet, but in a very real way, I think that those two men helped to save Ukraine. They may not have fired a bullet, but their photos and videos helped galvanize the world’s support. In my mind, the country still fights on today, in part because of their cameras. 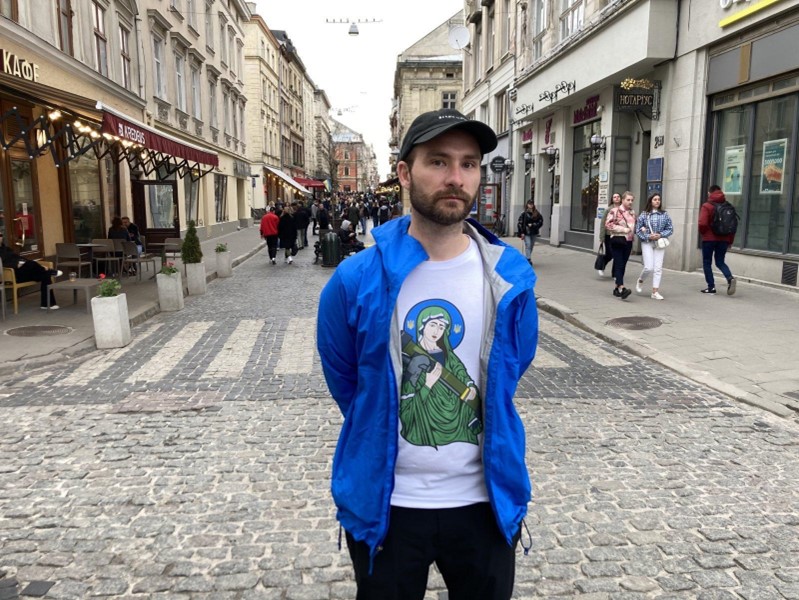 Christian’s company Black Hawk is an award-winning creative and production studio known for work that features real-life characters and breathtaking visuals. Their progressive roster of directors represents the next generation of storytellers, working across sports, comedy, and documentary genres.

When Russia attacked Ukraine, he created Saint Javelin, to help raise funds to support Ukrainians just as the humanitarian crisis began. Concerned about the escalation at the Ukrainian Russian border, and with family and friends in harm’s way, Christian wanted to help fundraise to support them. The defining cultural phenomenon of the war – to date, Saint Javelin has raised over USD 2 million for the defense of Ukraine.

Saint Javelin is supported by a team of 20+ fundraisers and volunteers from the Greater Toronto Area and Europe, many of whom are of Ukrainian heritage. The team use their professional abilities: graphic design, digital, website design, logistics, communication, eCommerce skills and so on, to create and sell items in support of the war effort in Ukraine. Their bestselling “Saint Javelin” T-shirt was recently presented to President Zelenskyy by Defense Minister Oleksiy Reznikov.

In May 2022, Saint Javelin entered into a strategic partnership with the Ukrainian World Congress (UWC) that will see Saint Javelin donate profits from its sales to UWC's global #UniteWithUkraine initiative. The funds will go directly towards procuring and delivering vital, non-lethal aid and tactical protective equipment to the defenders of Ukraine on the frontlines.

Christian a graduate of Wilfred Laurier University where he earned a degree in Political Science.