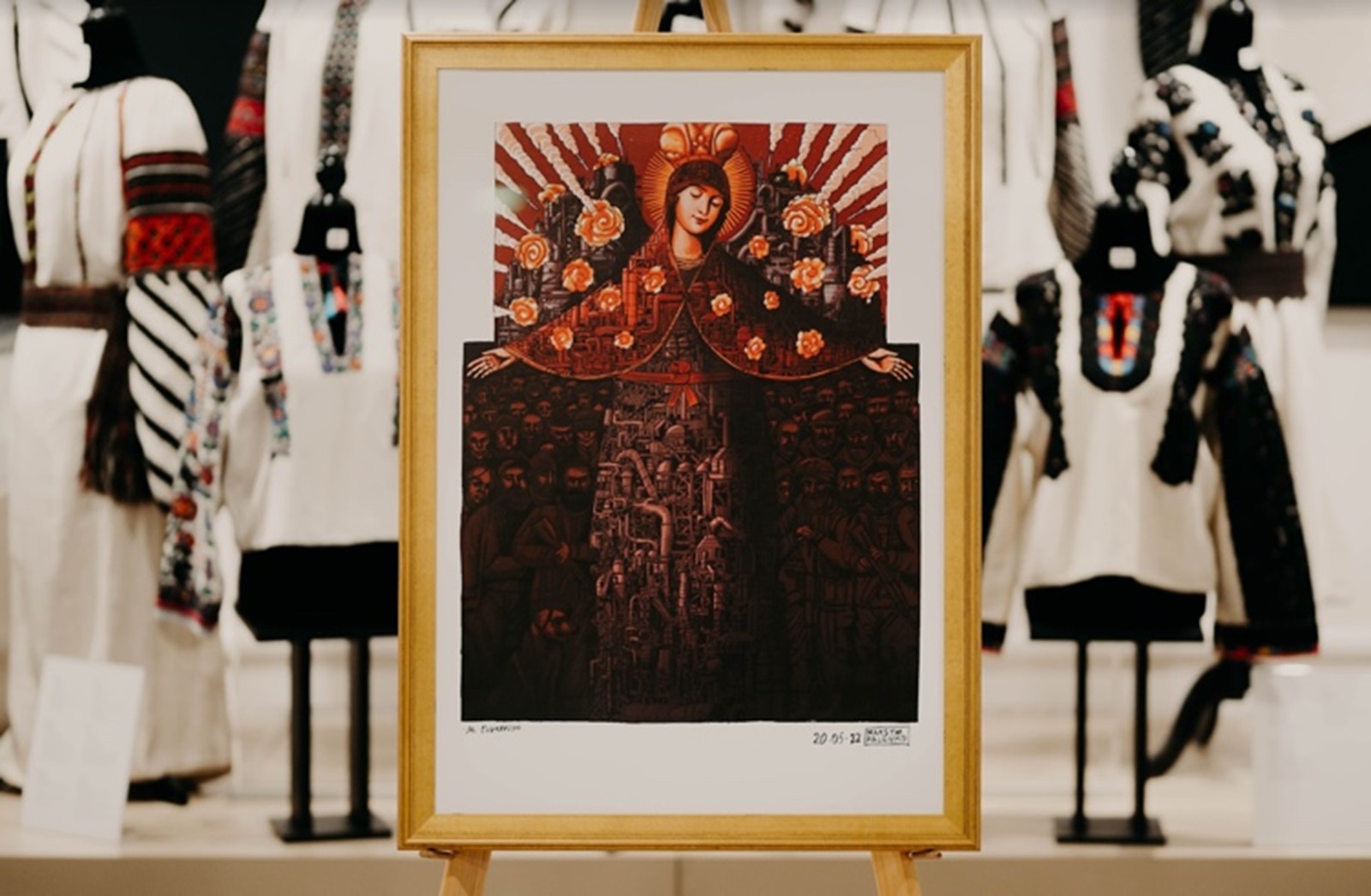 Tomorrow, Thursday 28 July, SAINT JAVELIN will hold an auction to sell one-of-a-kind limited edition prints created and signed by popular Ukrainian artist Maksym Palenko in Ukraine. They are limited to only 75 prints valued at US$ 1,500 per print. 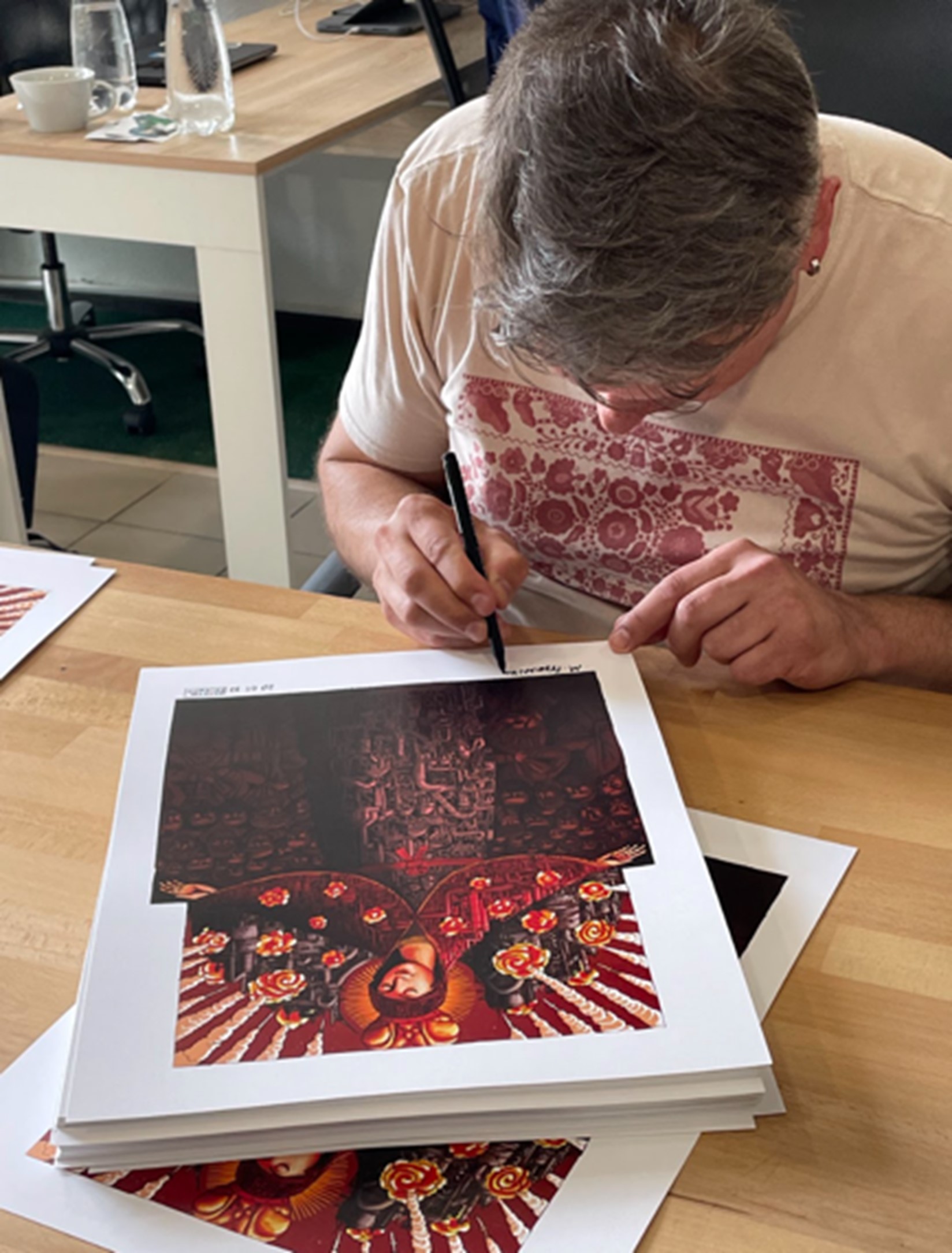 The print "Our Lady of Mariupol'' showcases the artwork "Mariupol Pokrova" (Mariupol Protection), created by Mr Palenko. In Eastern Orthodox and Byzantine Catholic tradition, pokrova (покрова) refers to a cloak or shroud, and also means protection or intercession.

The artwork depicts the Lady of Mariupol extending her embrace to cover the heroic defenders of the Azovstal plant from shelling and destruction. Her cassock depicts the inner structure of the Azovstal plant catacombs that became a last refuge for Mariupol defenders and civilians. Under her arms, covered in her cassock, the protectors of Mariupol are peering into the viewer’s eyes. 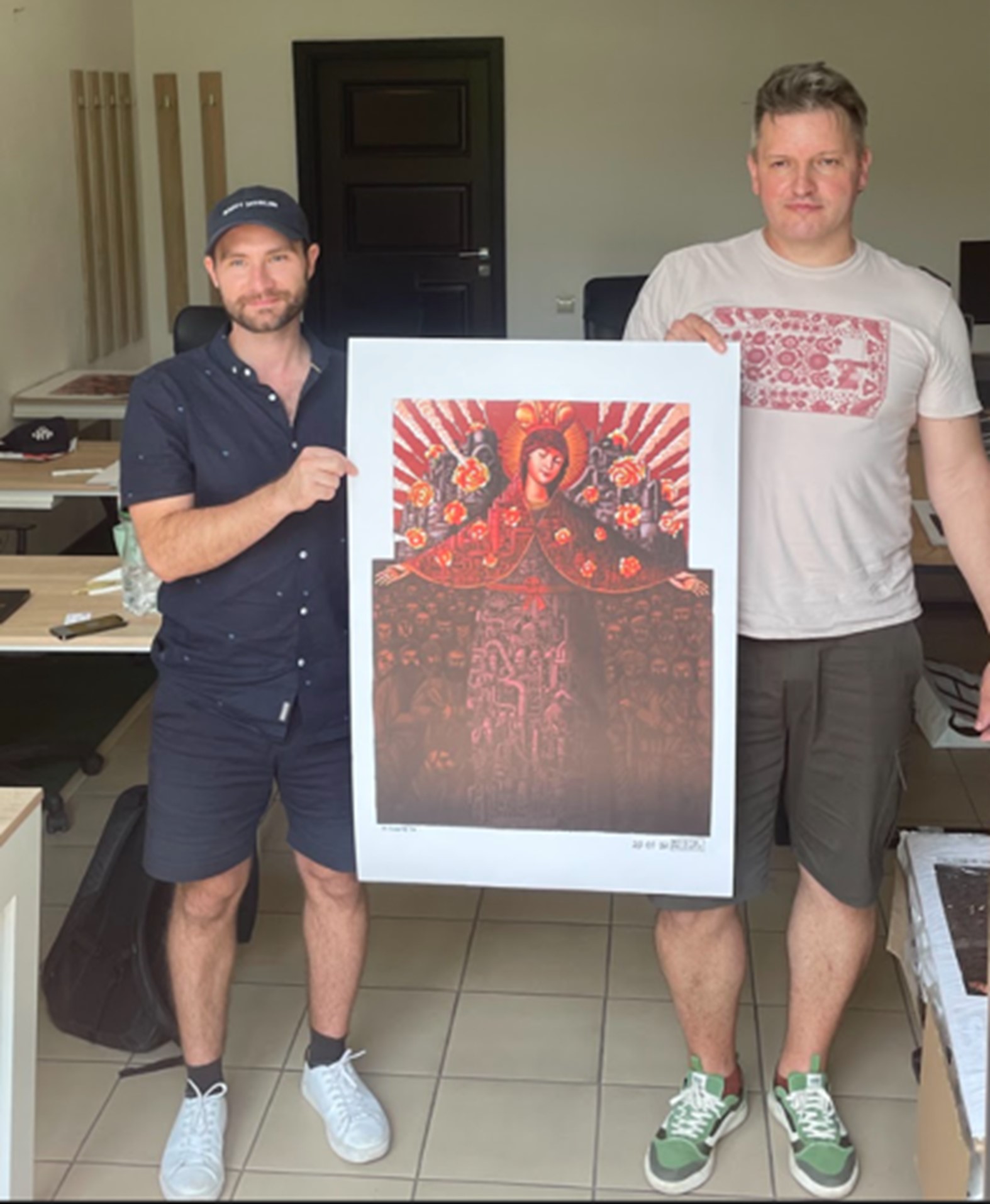 Mariupol became a symbol of Ukraine’s suffering and resistance to the Russian invasion. Ukrainian officials repeatedly stressed the role that the fighters at Azovstal played in defending the city and stymying Russian progress elsewhere. This artwork is dedicated to the combatants in the Azovstal steel plant – modern-day heroes who withstood months under unimaginable conditions in the besieged city.

In total, only 75 prints are available in total, all signed by the author. One of the prints sold through auction by Saint Javelin from July 28th to July 30th under an Instagram post on @saintjavelin. After the auction, the public will be able to purchase the remaining prints from saintjavelin.com

Christian Borys, the founder of Saint Javelin, said, "Our Lady of Mariupol is not just a work of art, but a symbol of hope and resistance. With every sale we make, we are getting ever closer to allowing the people of Ukraine to retake the skies and challenge Russian oppression with the only thing it understands—force. It is an honor to be able to use this incredible piece of art to help raise more funds."

The funds raised from the auction and sales of prints through the website will be donated to Unite With Ukraine to support United24’s “Army of Drones” initiative that will help defeat the enemy on the frontlines.

Further donations can be made on our Donations pages.

In the past 90 days, Saint Javelin donated US$ 400,000 to Unite With Ukraine through the sale of t-shirts, badges, stickers and other merchandise. All proceeds were used to procure and deliver protective equipment to the frontlines in Ukraine.

UWC President Paul Grod commented, “Time and again, Saint Javelin has proven how dedicated they are to helping Ukraine’s defenders win this war and beat the Russian invaders. I want to thank Christian and his team for all the hard and interesting work they have been doing  – all of which has translated directly into funds for Ukraine. I urge all supporters to participate in this auction, not only because the artwork is beautiful, but also to continue helping the brave men and women defending our beloved Ukraine.”

Saint Javelin is a concept meme depicting various religious figures carrying the FGM-148 Javelin anti-tank weapon that has become popular as a "meme of resistance" during the Russo-Ukrainian War. The meme was started initially by Christian Borys and became famous around the world, eventually resulting in other similar memes. The meme boosted morale and was used in merchandise products, resulting in more than a million dollars being raised to assist charities assisting Ukraine after it was invaded by Russia in 2022.

To make the Ukrainian military stronger and save thousands of Ukrainian lives, the General Staff of the Ukrainian Armed Forces, the Ukrainian Ministry of Digital Transformation and the Ukrainian presidential fundraising platform UNITED24 have launched the Army of Drones project in cooperation with the Ukrainian World Congress. It is a complex program that involves drone procurement, delivery, maintenance and replacement, as well as pilot training.

The aim of the project is to raise enough funds to purchase 200 professional unmanned drone systems for aerial reconnaissance. They are vital equipment that Ukraine’s defenders need in order to fend off the Russian invasion. The Army of Drones will allow the defenders of Ukraine to monitor without interruptions, an enormous 2470 km stretch of frontline which will allow for the most effective response to enemy attacks.