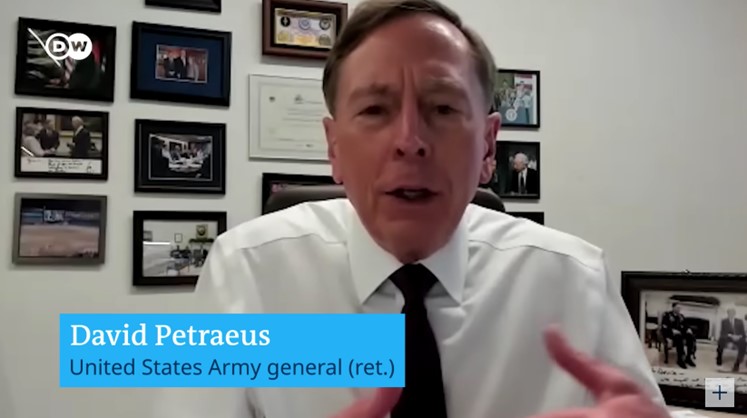 This week, General David Petraeus, member of the Unite With Ukraine Strategic Advisory Council and former head of the CIA, spoke to DW on the recent progress of Ukraine’s military forces, giving his predictions for Russian defeat and what that will look like. Petraeus said "there is nothing Russia can do to reverse this situation."

When asked about the potential for a nuclear response from Putin, Petraeus appreciated that the nuclear threat is “dangerous and horrific” and must be taken seriously. However, Petraeus was firm that he did not think this was likely as it would be a “catastrophic” course of action on the world stage, and it would simultaneously target Putin’s forces in Ukraine and the Black Sea. Petraeus stated, “if anything, it will unite Ukraine even more against Russia and unite NATO more” towards imposing extremely tough sanctions and launching war and terror crime charges against Putin.

In Petraeus’ words, a nuclear mobilization would “take the gloves off in terms of Western response.”

Petraeus applauded the military support that has been given to Ukraine so far but pointed out that additional air and ballistic missile defenses are what Ukraine needs most now, as Russia is still able to carry out “punishing strikes” from its defensive positions. To read more about ways to support the brave defenders of Ukraine, see our donation pages.

The four-star General emphasized that Russia’s recent weaknesses are rooted in the lack of Russian morale. Skeptical of Putin’s recent mobilization effort, Petraeus explained that Russia’s tactics for recruiting aren’t working as the men being signed up are not well-trained or well-equipped:

“Bodies is not how you combat a force that is now shown to be as capable and as well-equipped as the increasingly professional Ukrainian forces.”

“Putin has to face this brutal reality that he’s lost the force generation war and the implications of that are that his forces are going to lose the vast majority if not all of what they have gained since 24 February.”

Looking to the future and rebuilding Ukraine, Petraeus urged NATO countries to consider Ukraine’s application for entry. He stated that “the success of some kind of Marshall Plan for Ukraine needs a security guarantee, otherwise it will not succeed."