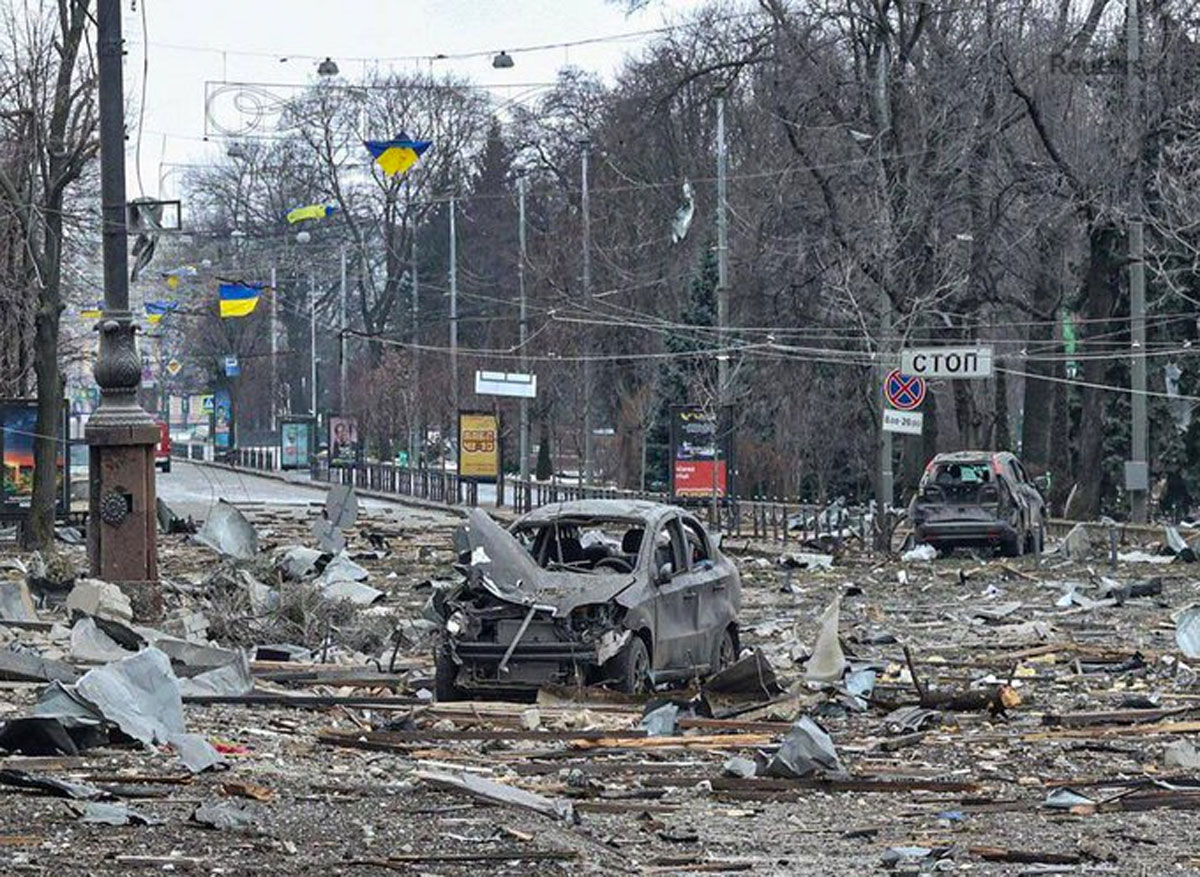 There are early reports that the Russian army is in the city of Kharkiv, Ukraine. Ukraine's second largest city had been under attack earlier by rockets and bombs from Russian aircraft. According to the Kyiv Independent, paratroopers landed in the city and attacked a military medical centre.

CNN is reporting that the city's police department and National University were target by attacks.

Slovenia reported that its consulate in the city was destroyed by a Russian rocket attack.

The Consulate of the Republic of Slovenia in Kharkiv was destroyed by a Russian rocket attack today. The Honorary Consul is safe. This horrific act will not remain without consequences. pic.twitter.com/Bt9rjPo2ZE