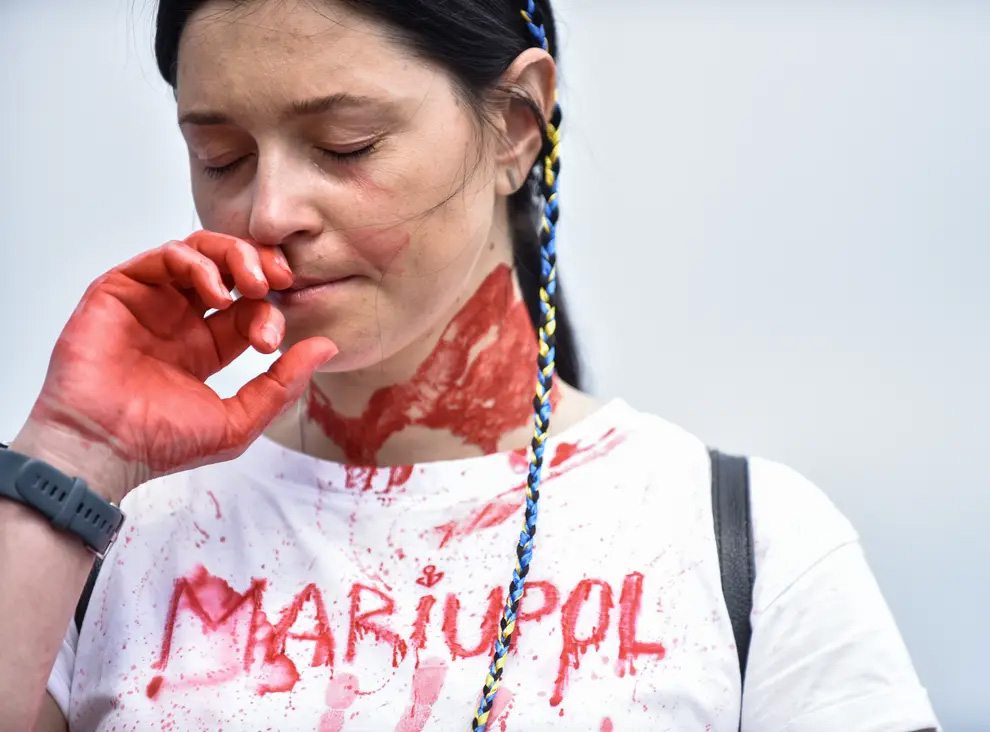 On Russian state TV last week, the prominent presenter and Russian propagandist Tigran Keosayan made a direct threat to Kazakhstan, telling them to "look at Ukraine carefully, think seriously".

Tigran Keosayan is no ordinary TV presenter, he is married to Margarita Simonyan, the editor in chief of RT and essentially the Kremlin's mouthpiece. There is nothing that Keosayan or Simonyan say that isn't already approved by Putin or which they have been directly told to say.

The threat to Kazakhstan came just days after the Kazakh Ministry of Defence announced that this year, they would not be holding their annual 9 May "Victory Day" military parade to celebrate the anniversary of the Nazi defeat in World War II.

Under the Soviet Union, 9 May was an important national holiday and even after the break-up of the Union, many post-Soviet countries like Kazakhstan continued to celebrate it.

Using a TV presenter who is notorious for spreading disinformation and fanning the flames of intolerance and hatred to threaten a foreign country while also justifying war crimes sounds like a strategy straight out of Goebbels' propaganda playbook. Although Kazakhstan did not say why it would not be celebrating Victory Day this year, any event that honours the Russian army as it invades and commits war crimes in Ukraine – acting in the fascist and imperial way that they claim to have defeated – is no cause for celebration.

Rumours have been swirling about what Putin has planned for Victory Day this year, and while we don't know exactly what that will be, many – including the UK's defence minister Ben Wallace – are predicting that he will use this day to declare all-out war on Ukraine. This would be a significant gear change from the so-called "special military operation" that Putin claims he has been leading so far.

Part of the reason for this is that Russia has little to celebrate and has suffered significant defeats and losses at the hands of our brave Ukrainian defenders. Russian military officials are apparently "outraged" that their attempts to take Kyiv have failed and therefore, by declaring war, Putin would be able to impose martial law in Russia, including forced conscription and mass mobilisation of the population to support the war.

Choosing 9 May for this announcement is clearly an attempt by Putin to co-opt historical events in order to promote a false narrative of victory and honour, when in truth, the only thing that his current regime should be associated with is shame.

Shaming Russia on 9 May does not take away from the fact that democratic nations all over the world, including Ukraine, honour the memory of all the brave men and women who gave their lives in the fight against Hitler's Nazi regime. The victory over Nazism in the Second World War was the victory of humanity over hatred, and laid the foundations of the modern rules-based international order. This order is now under threat, not just in Ukraine but in all liberal democracies because of the actions of Vladimir Putin.