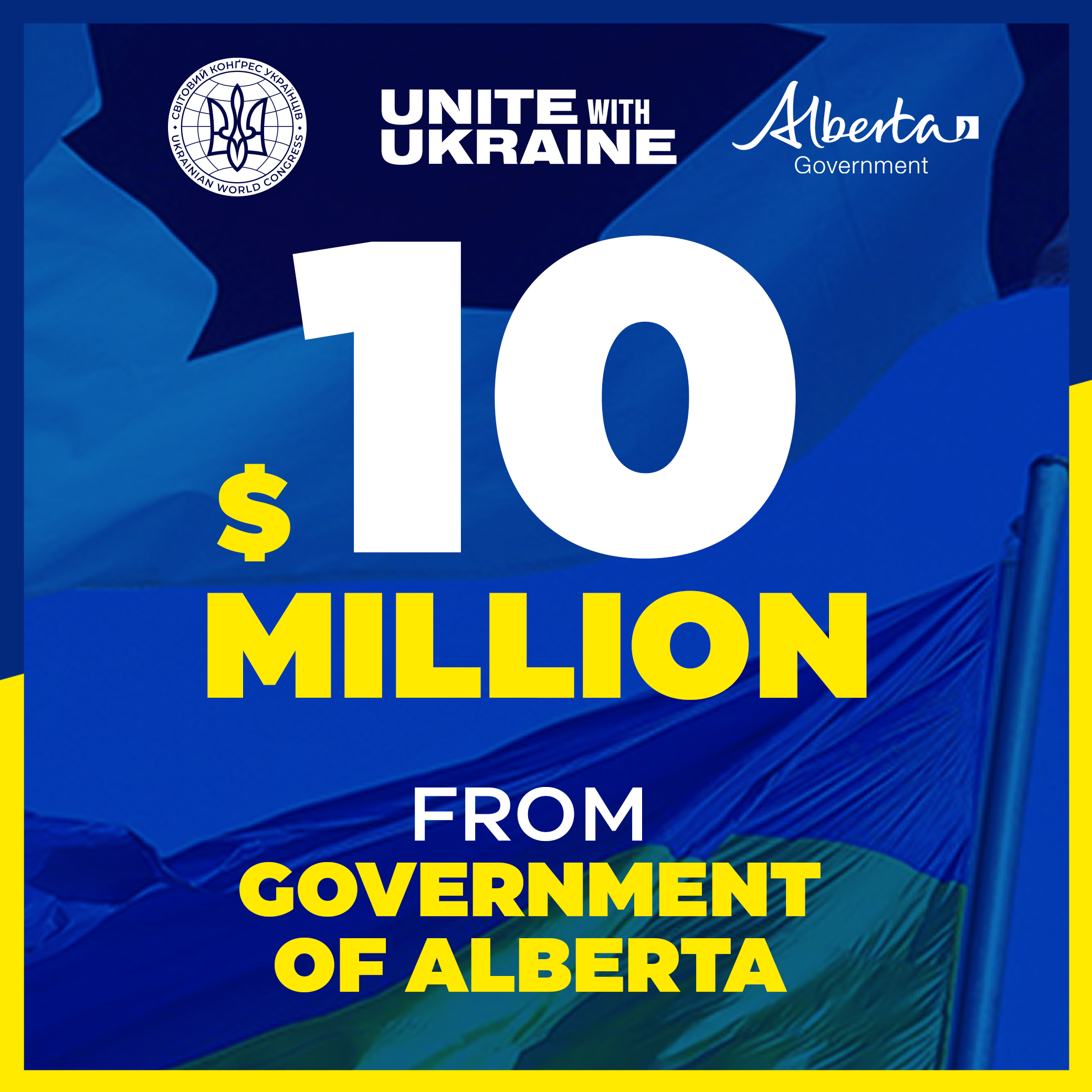 Building on a $5 million in funding announced by Premier Kenney for UWC in March 2022, this round of $10 million will go towards tactical medical supplies and tactical medical training, and winter gear for Ukraine’s defenders.

“It’s important for us, as Albertans, to continue to support Ukrainians who are fighting for their very survival,” said Premier Jason Kenney. “We promised the people of Ukraine that we would have their backs and we continue to, as this unjust war continues into the Fall and Winter”

“We are grateful that Premier Kenney and his government heard our call to support Ukraine’s defenders who are on the front lines of the fight for democratic values,” said Paul Grod, President of The Ukrainian World Congress. “These brave men and women will be better equipped because of the support from the people of Alberta.” 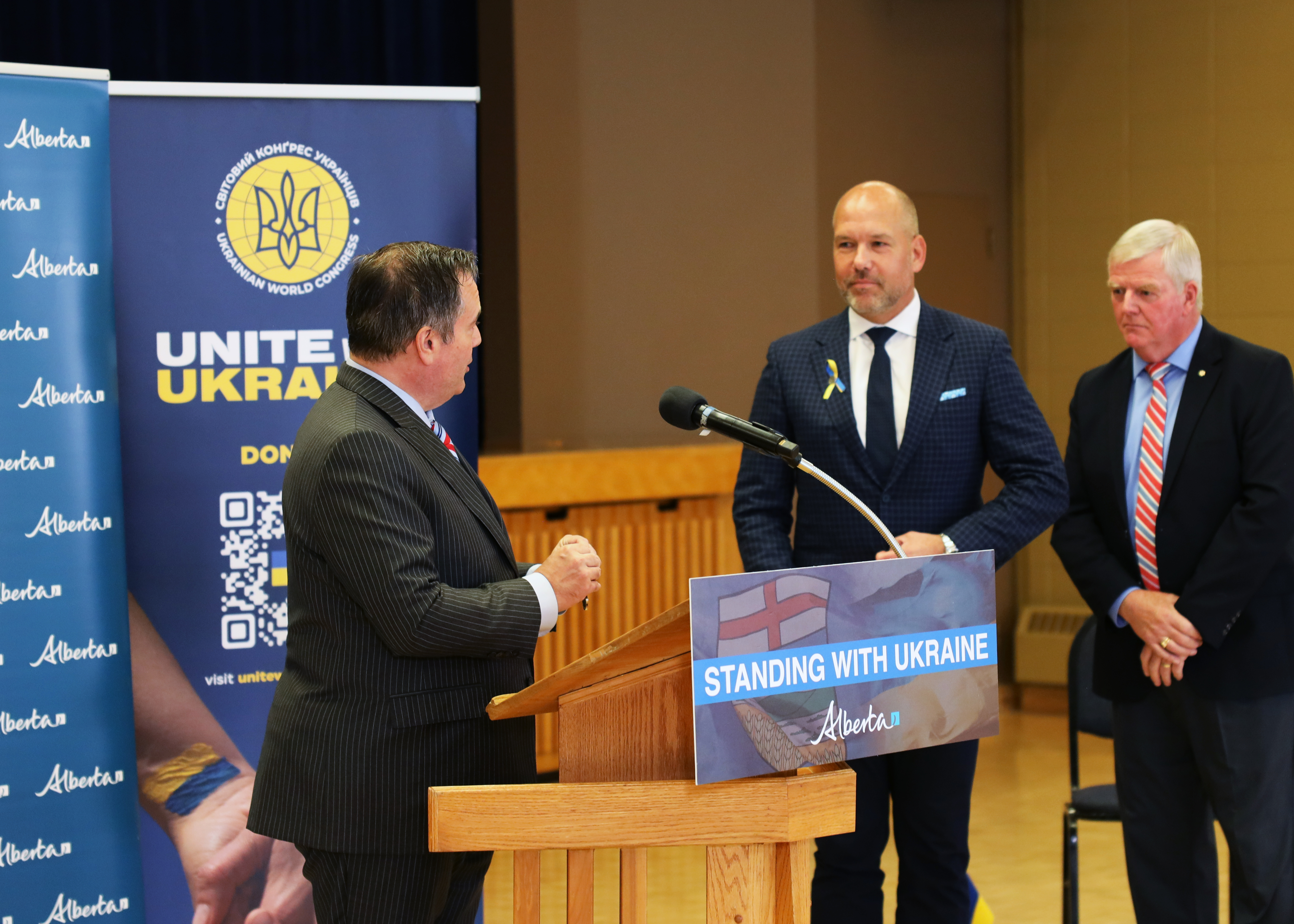 “Albertans should be so proud of this donation. The money will be used to directly support Ukraine’s defenders to liberate their people from Russia’s illegal and murderous war,” said Retired General Rick Hillier. “Premier Kenney has shown global leadership by advancing these much-needed funds to Unite With Ukraine. We call on other Provinces to be as generous as they can be to help do the same. The money Alberta is giving will be used to equip Ukraine’s brave defenders with urgently needed winter gear and tactical medical equipment, which will literally save lives and help liberate innocent Ukrainians from Russian occupation”.

Ukrainians have been fighting the Russian aggressor across its territory since the Kremlin escalated its attack on Ukraine in February 2022. The #UnitewithUkraine, has remained focused on supplying Ukraine and the Ukrainian Army with items to help both protect the defenders and defeat the Russians.

To support our campaign please visit our donation page 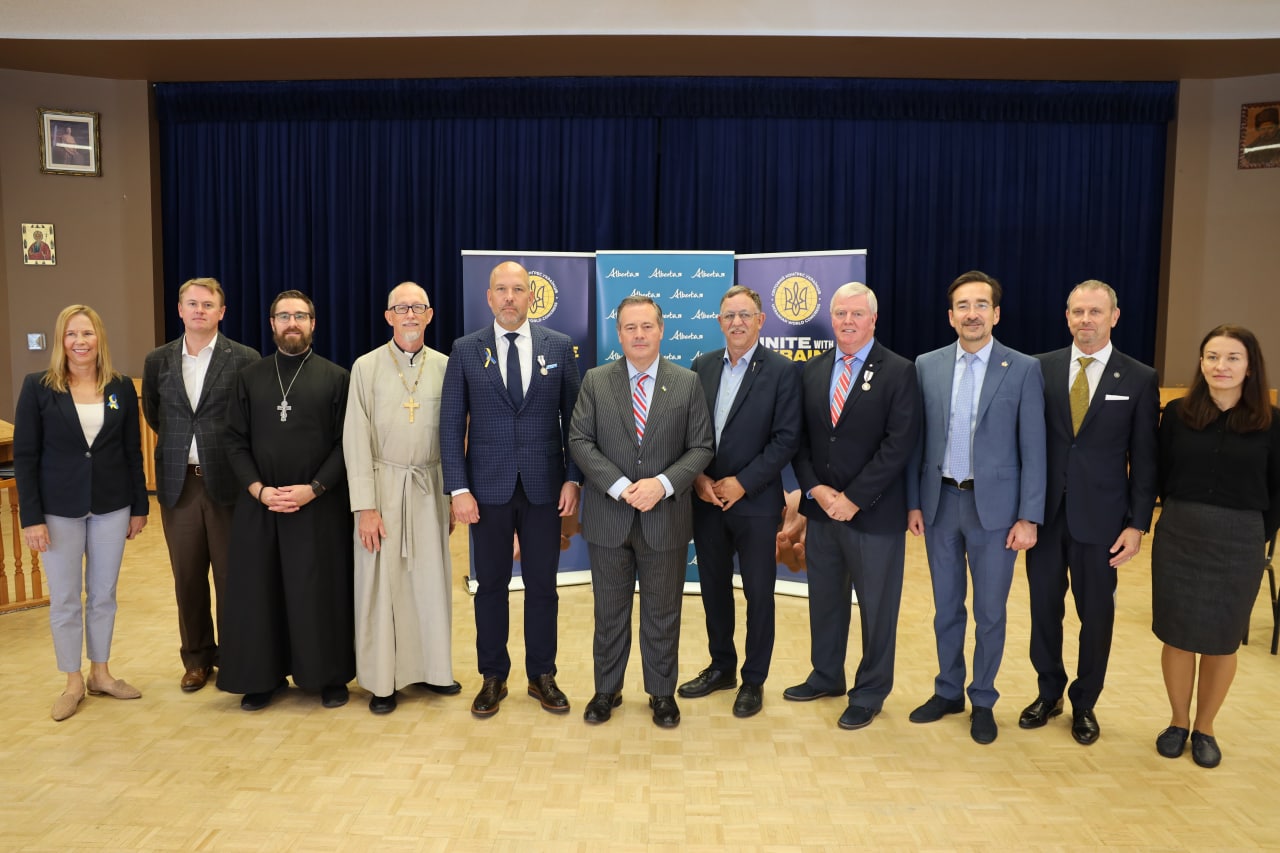