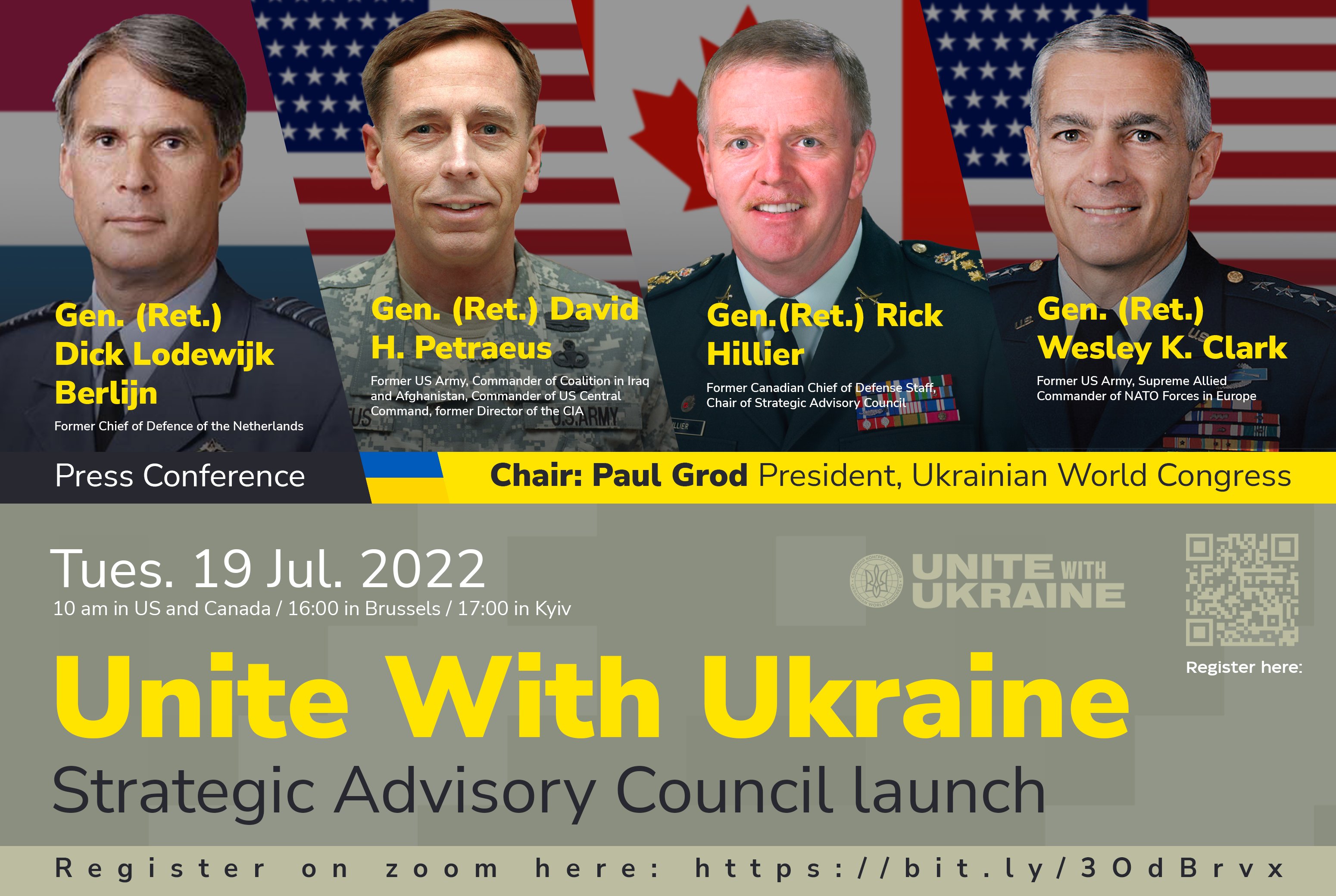 Four of the world’s foremost retired military leaders have come together to form a Strategic Advisory Council (SAC) to support and advise the Ukrainian World Congress’ “Unite with Ukraine” campaign. Bringing unparalleled expertise in warfare and strategy, the SAC is made up of:

Please join us for this announcement.

REGISTER YOUR PLACE ON THIS WEBINAR NOW