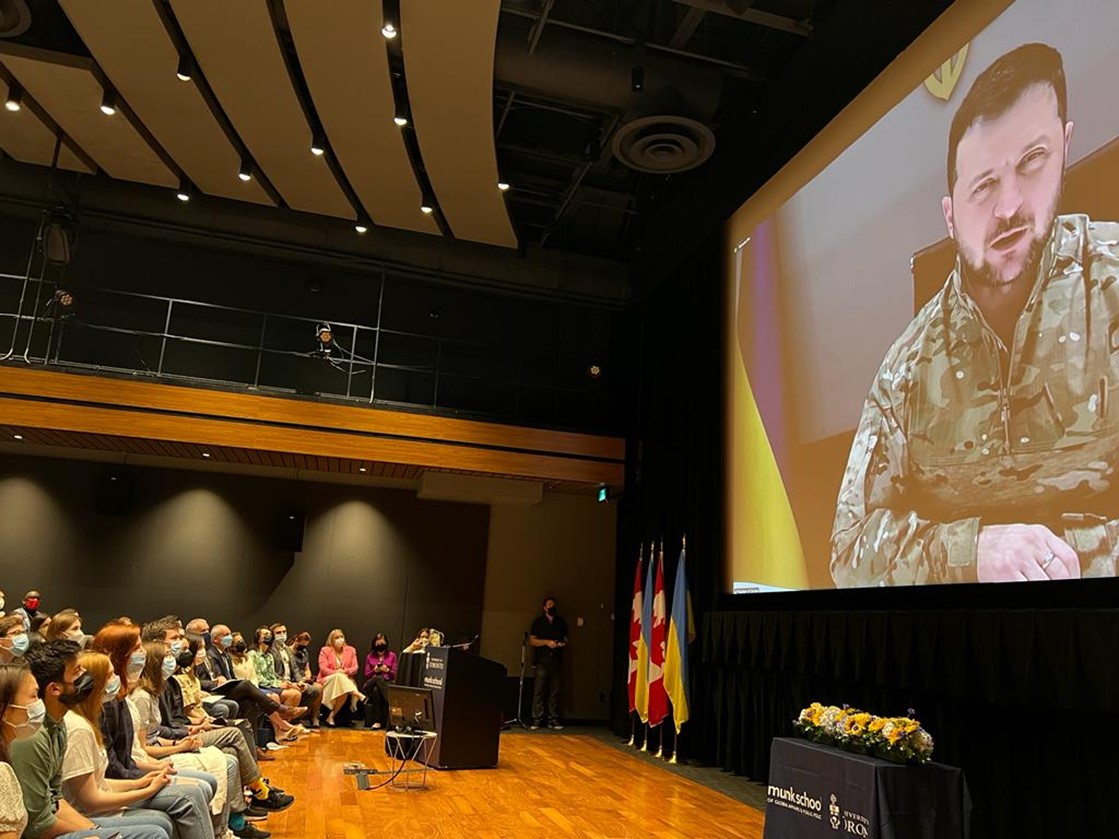 On June 22 2022, President Volodymyr Zelenskyy addressed students and faculty at the University of Toronto. His address was introduced by Canadian Deputy Prime Minister and Finance Minister Chrystia Freeland. 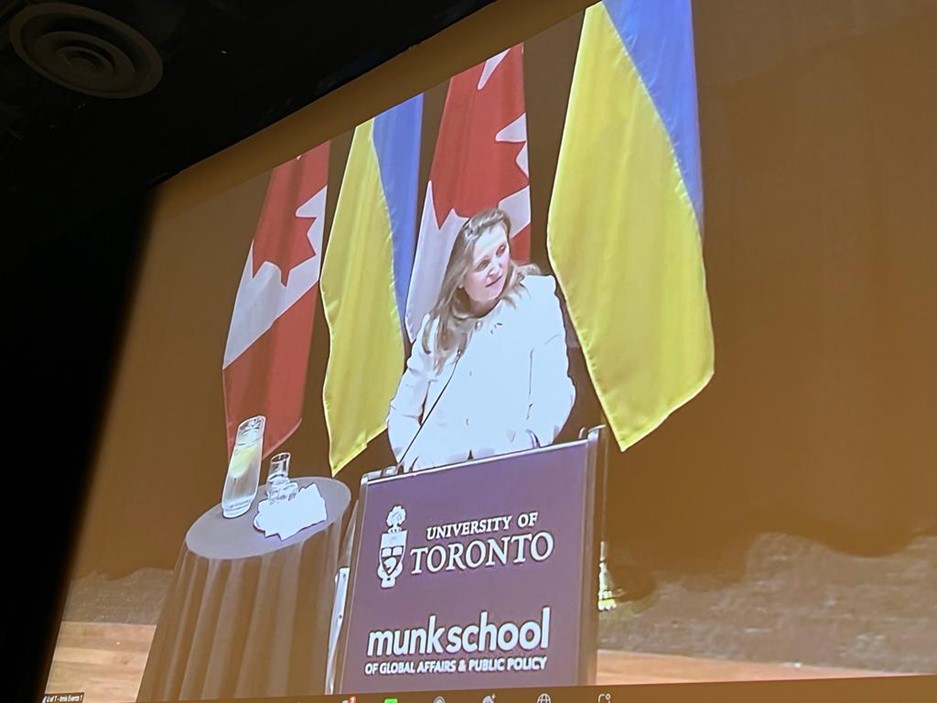 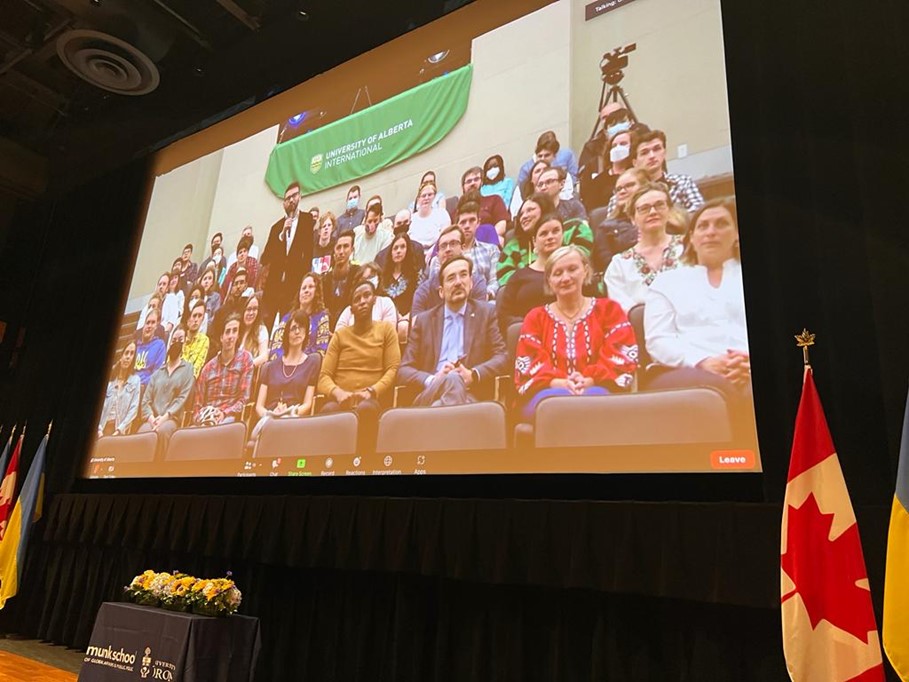 President Zelenskyy was given an enthusiastic welcome by the audience who were there to listen to him speak about how Canadian Universities can help Ukraine win the war against Russia.

In the weeks immediately following Russia’s invasion, the Univeristy of Toronto community acted swiftly to strengthen ties with Ukrainian universities and bring students and faculty to Toronto. 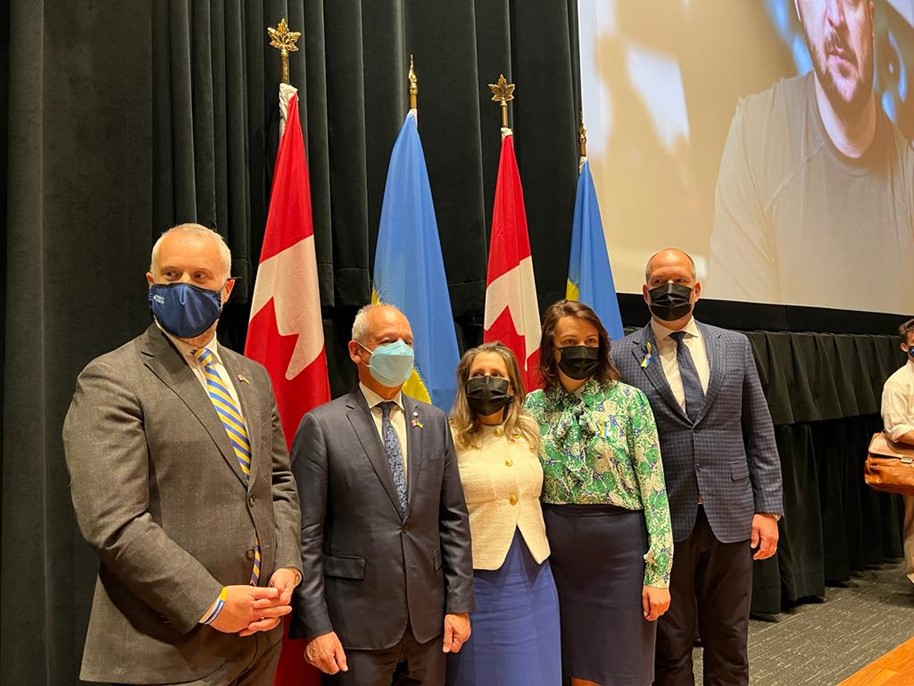 The President answered questions from students and described what it is that Ukraine needs from the international community. He said that he is grateful for the international support, including weapons, that Ukraine has received so far. He also noted that the internet and the spreading of information about the reality of what is happening on the ground in Ukraine has proven a powerful weapon, "we can cut distances between our countries and other countries, between the government and society," he said. "For us, internet is a kind of weapon because we can show what's going on."

Speaking about the fatigue that some people might be feeling in relation to the war, he urged people not to "become tired of the war" and to continue rallying their communities to action.

Finally, he reaffirmed exactly what Ukraine needs right now, "We need weapons, we need financial support, we need humanitarian support, and we need permanent 24/7 sanction pressure," he said. "No matter how many times I repeat this, it will never be one too many while the war is going on."

About Unite With Ukraine

#UniteWithUkraine enables anyone, anywhere to provide support for the Ukrainian people as they fight for freedom, human rights and democracy. Funds raised are being used to supply an evolving range of needs to the brave men and women on the front line, including: individual first aid kits; bullet-proof vests and helmets; night-vision goggles; and communication equipment and fuel, among other things.

The strength, resilience, and perseverance of the ‘Defenders of Ukraine’ remains steadfast in the face of the invaders but they continue to need our support, and they need it TODAY - please spread this message!

For journalists out there, please get in touch with us [email protected].