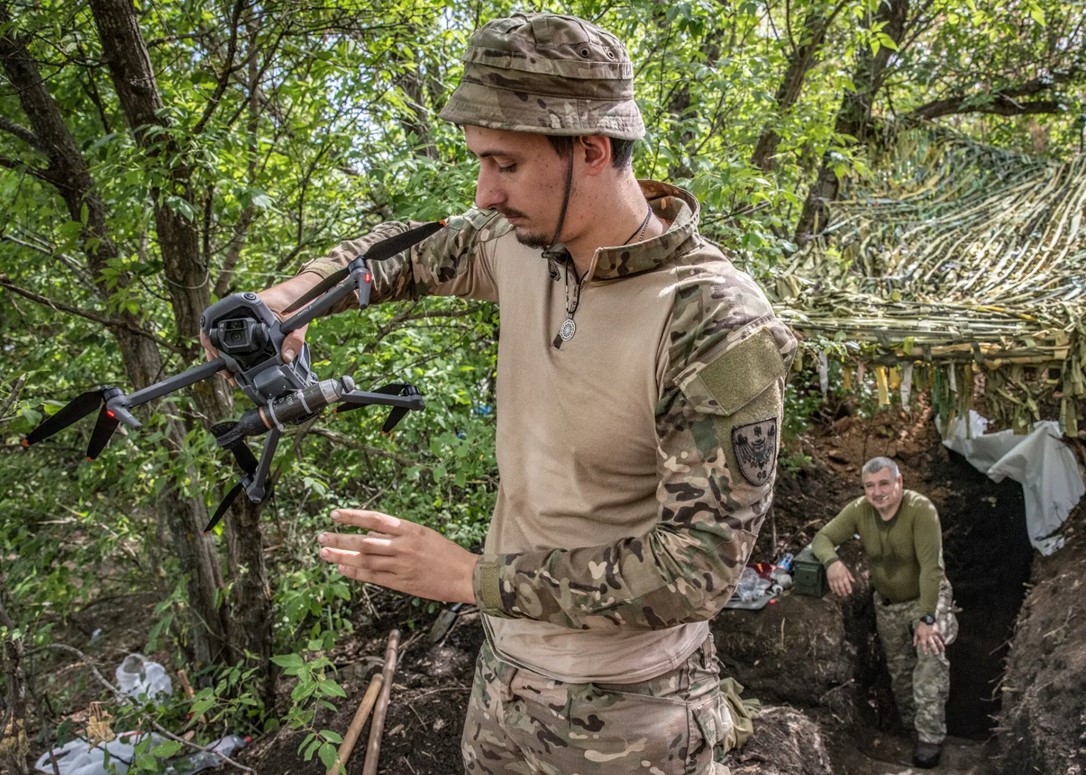 In a recently published article titled “From the Workshop to the War: Creative Use of Drones Lifts Ukraine”, the New York Times has highlighted the importance of drones in the battle against the Russian invasion of Ukraine.

Citing an innovative way of using drones in Ukraine the piece says, “Ukraine still uses advanced military drones supplied by its allies for observation and attack, but along the front line the bulk of its drone fleet consists of off-the-shelf products or hand-built in workshops around Ukraine — myriad inexpensive, plastic units adapted to drop grenades or anti-tank munitions. It’s part of a flourishing corner of innovation by Ukraine’s military, which has seized on drone warfare to counter Russia’s advantage in artillery and tanks”

Drones are therefore a vital part of Ukraine’s defence against Russia’s attempts at invasion and a key reason why Unite With Ukraine is proud to be a Partner of United 24 and the Ministry of Digital Transformation on their Army of Drones project.

The aim of the project is to raise enough funds to purchase 200 professional unmanned drone systems for aerial reconnaissance. They are vital equipment that Ukraine’s defenders need in order to fend off the Russian invasion

The Army of Drones will allow the defenders of Ukraine to monitor without interruptions, an enormous 2470 km stretch of frontline which will allow for the most effective response to enemy attacks.

You can help to build the Army of Drones by spreading the word about the #ArmyOfDrones and through donations to the Unite With Ukraine website. We will then procure and deliver the specified drones directly to the Ministry of Defence.

UNITED24 is a fundraising platform launched by the President of Ukraine Volodymyr Zelenskyy as the main venue for collecting charitable donations in support of Ukraine. Funds are transferred to the official accounts of the National Bank of Ukraine and allocated by assigned ministries to cover the most pressing needs.

Over the past 55 years, UWC has been the voice of the global Ukrainian community.  Representing the interests of 20 million Ukrainians living more than 60 countries around the world, the UWC has been actively supporting human rights and democracy in Ukraine. UWC is recognized by the United Nations Economic and Social Council as a non-governmental organization with special consultative status and has a participatory status as an international non-governmental organization with the Council of Europe.