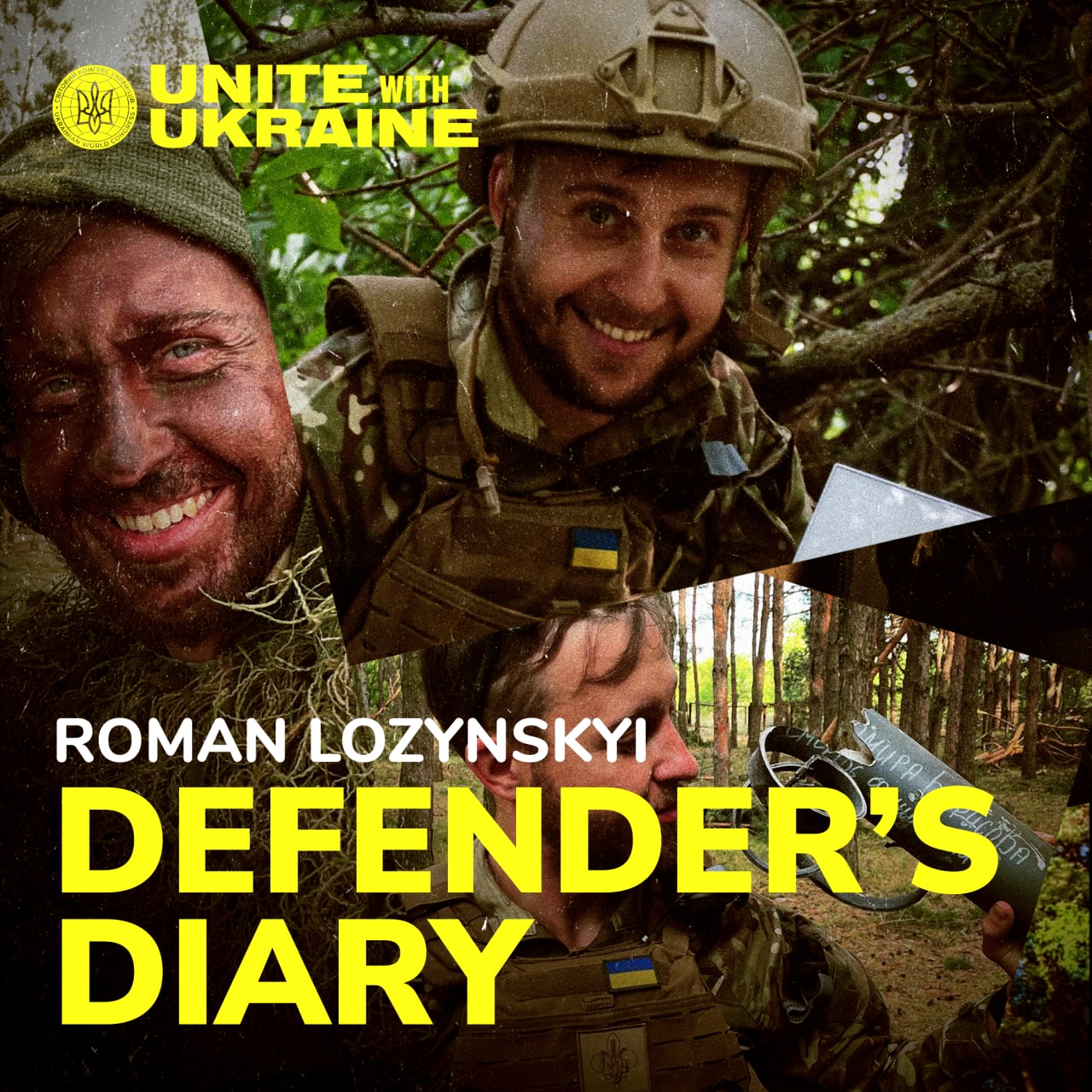 Roman Lozynskyi, 28, is a member of Ukraine’s parliament; he was mobilized to the ranks of the Armed Forces back in March and serves in the Special Operations Forces’ 73rd Naval Center.

The entire civilized world watches the Ukrainian army’s successful counteroffensive in awe, as it continues chasing the invader from our land, which would have seemed impossible a couple of months ago. Read about how Ukrainian defenders are doing “the impossible” with every passing day, in Roman’s recent diary entry.

Our Offensive is about super human effort and chivalry. It is about battlefield losses, and a lot of eyes full of fear, but there is a lot more faith, and love, in our hearts.

It’s about taking a step without knowing if there is a mine or tripwire ahead; but every step you take is confident and resolute, because you are walking on your land, in your own home.

It is when enemy artillery and airplanes pound the landing or street you’ve just taken into smithereens; this becomes normal, but you never get used to it.

It is about evacuations; the beating of helicopter blades and the roar of medevac engines; crews of medics providing the seriously wounded with a chance at life. There are hundreds, thousands of them; not everyone will survive.

It is about thick black smoke, and about the battered equipment we come across during the offensive. It is our own. We are losing tanks, infantry fighting vehicles and artillery. We’ll fix what we can, and get new equipment, but most precious among all this destruction are the lives that have been saved.

It is about keeping on going when you reach a river, and our ironmen constructing a crossing under the fiercest of enemy fire; it is about our recon groups crossing over to the opposite shore at night, unnoticed. The stakes are very high. The risks are insane. But this is what an offensive is all about.

It's about the euphoria from seeing the yellow-and-blue flags flying in our reconquered villages and cities. It’s the joy from seeing maps updated with locations and directions where the russians have been pushed out.

But all this comes at a price: superhuman effort and chivalry. There are losses and a lot of eyes full of fear, but there is a lot more faith, and love, in our hearts

Understand and remember this.

Live your life so that all this has not been in vain.