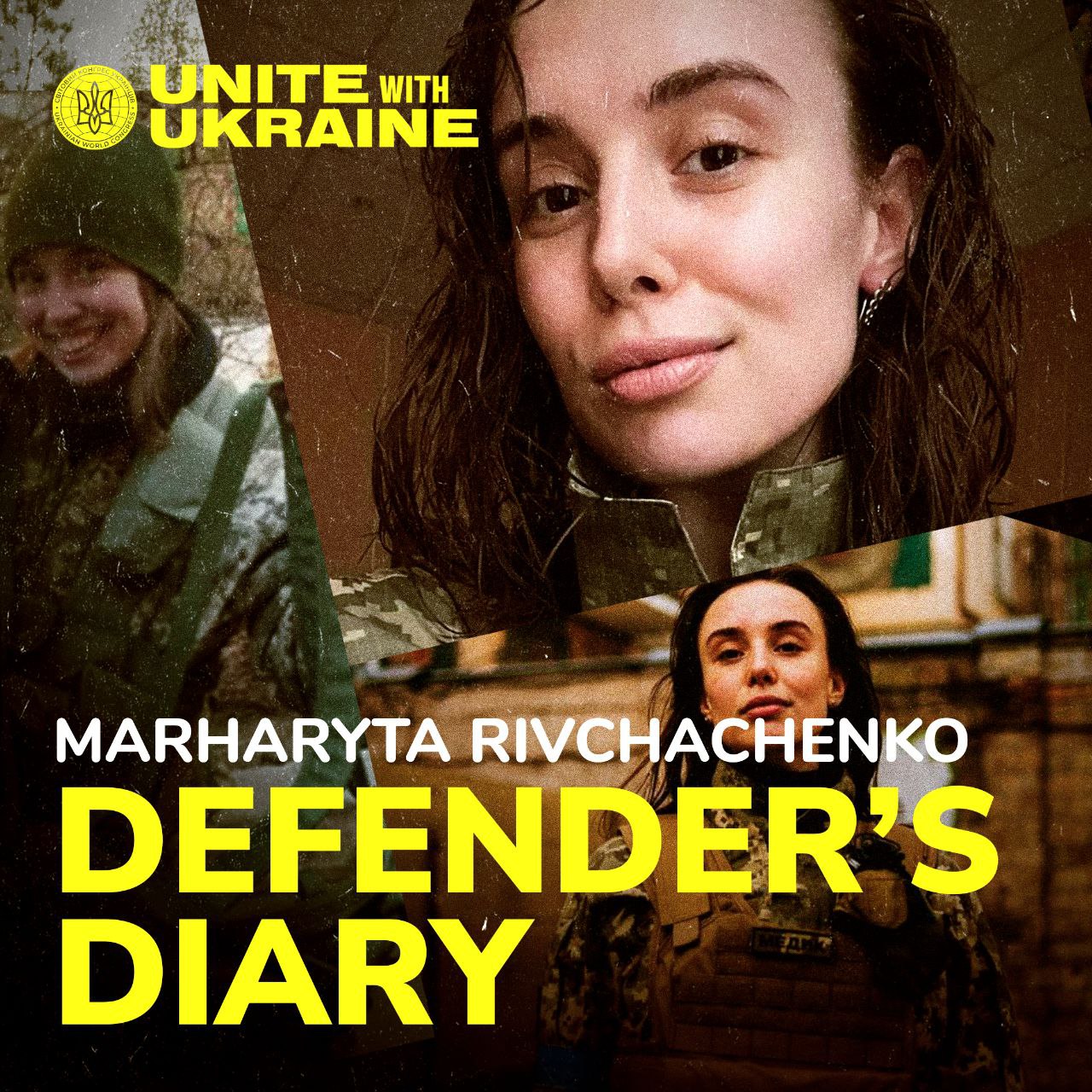 Marharyta Rivchachenko, 25, is a press officer with the Armed Forces of Ukraine; she is currently serving in one of the hottest spots in the war in Donetsk region. Ukrainians, whose lives were previously on very different paths, are now united by a single goal: victory over the occupier. Read about how ordinary people become defenders of their state in Marharyta's diary entry.

Hello, I'm Marharyta, I'm 25 years old, and I've been in the army for nine months.

You can carry and give birth to a child in nine months, and I have managed, in that time span, to re-invent myself; I went from being a PR specialist and copywriter to becoming a paramedic and then, a press officer in the army.

Up until February 24th, I lived a beautiful and glamorous life, applying pink undereye patches every morning, along with, of course, my rose-colored glasses. I worked three jobs at the same time; I was a press secretary for a member of parliament, a freelance public relations specialist and author for Ukrayinska Pravda.

On February 23, I flew back from a trip on which I had celebrated my birthday, and, by noon on February 24, I was at the military commissariat.

It was a conscious decision: either we all fight and survive, or we and our country will die.

Now, instead of pink patches, I have black circles underneath my eyes, but I also have a better, and more accurate understanding of life and of what is important in life.

In this time, I have managed to serve as:

👉🏻 a paramedic in Kyiv, where I provided soldiers with medical training and equipped a battalion with first-aid kits;

👉🏻 a press officer in Kharkiv region, where I took part in the counteroffensive;

👉🏻 a press officer in Donetsk region, where I am now, and where it’s hot.

As you can tell, I’m not looking for easy paths in this life.

One time, after I had helped a journalist find a hero to interview, she called me a “pixel fairy”; that's become my second nickname. My first is Athena: because she’s a goddess, because there’s war, and because I love beauty and Greek mythology.

But the war was never my biggest problem. In my blog, I often reflect and talk about my life outside the army, and I love starting a new life on a day other than Monday, champagne, warmth, and to laugh and to love.